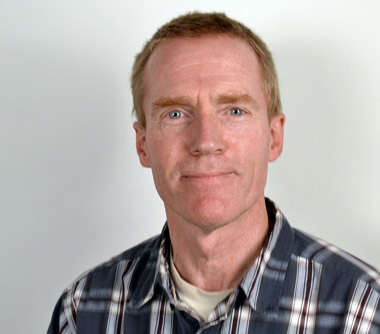 Glenn Stark comes to IDE with over 25 years of lead systems engineering experience in electronics, computer engineering and digital imaging systems. Glenn is on his second tenure with IDE having previously served as IDE Senior Systems Engineer from 2005 to 2007. From 2007 to 2012, Glenn held the position of Senior Systems Engineer for Ventana Medical Systems, a Roche company and IDE customer.

At Ventana Medical Systems he was the chief systems engineer for the iScan Coreo and iScan HT digital pathology scanners. His responsibilities included the electrical control system design of optical scanning microscopes used for automated cancer detection. He was instrumental in the design and implementation of a proprietary X-Y stage with less than 1 micron Z resolution over an X-Y distance of 1 mm and he was the recipient of several patents issued for a high speed focusing method using an embedded microcontroller and application code running on a PC.

During his first tenure at IDE Glenn was responsible for the electronics systems design of a handheld optical pesticide detection system, a solar powered Lithium battery charger and outdoor LED lighting system, and a microprocessor based soil-moisture detection system.

Prior to joining IDE, Glenn was involved in the design of numerous digital camera systems for multinational companies such as Polaroid, Kodak, HP, Sanyo, Epson, Samsung, Toshiba and Agfa with responsibilities for all aspects of image processing. From 1980 to 1997, Glenn designed several disk drive controllers for both proprietary and industry-standard computer products and was a key architect for several award winning personal computer systems. His name appears on five US patents related to disk drive technology.

Mr. Stark began his career at Commodore where he designed the floppy disk drive controller for the Commodore PET, a landmark product in the history of the personal computer. Mr. Stark received his BS degree in Computer Engineering from Iowa State University.

BACK TO CORE TEAM