IDE launched in 1985, while the personal computer industry was exploding. Business was great, the work was very well received, and the team quickly grew. IDE was soon designing calculators, workstations, telephones, and laptop computers for companies such as Silicon Graphics, Teledex, and Compaq. IDE naturally moved into the booming consumer electronics space, designing several products for Palm Corporation, Plantronics, and the Nomad Jukebox for Creative Labs.

As IDE’s work grew in notoriety and gained acclaim and our team grew in capabilities, we began tackling more projects dealing with emerging technologies such as head-wearable micro-displays, 3D stereoscopic glasses, laser projection keyboards, and biometric ID scanners. These were products that hadn’t existed before, thus requiring IDE to write the book and establish new design standards.

These key accomplishments opened the door to the rapidly growing and astonishing biotech and life sciences industries, which currently make up the bulk of IDE’s workload. IDE currently has several top secret projects under development for some outstanding clients, aimed at saving lives and making the world a better place.

To date, IDE has completed 2213 projects for 559 unique clients, with many more to come. 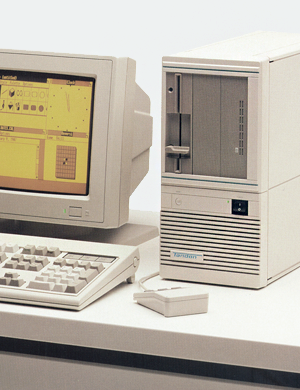 Designed to be used horizontally under your monitor, or standing vertically next to it, the compact Tandon Targa had a striking design for its time, and took up 40% less space on the desktop. It also featured Tandon's Run Length Limited (RLL) data encoding, which increased disk capacity by 50%. 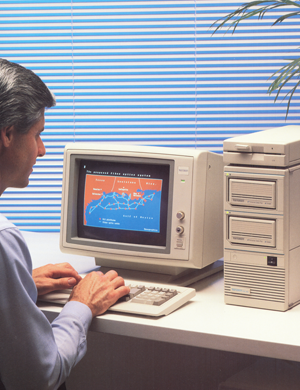 Winner of 7 product of the year awards, the PAC286 allowed you to easily eject your Data Pac and plug it into a different computer, giving you immediate access to all of your programs and databases at your new location. 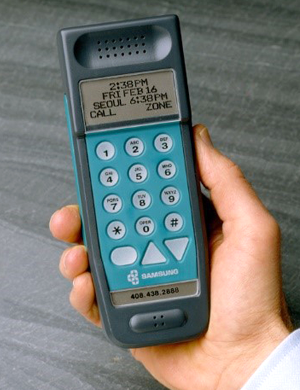 Samsung's first cell phone featured a backlit keypad and a multi-line graphical display. At a time of bag phones and brick phones, this design was very compact and revolutionary. Some of the design language from this phone was even carried through to several following products. 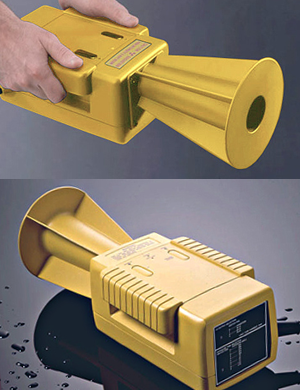 This dental x-ray was designed for military use during Operation Desert Storm. Features include dual-hand usage, which prevents accidental triggering. The enclosure was also designed to be rugged enough for military use, so it had to pass stringent military durability testing including drop and shock. 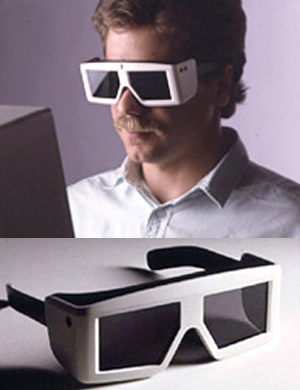 CrystalEyes were designed primarily to view 3D computer graphics in imaging and scientific applications. The liquid crystal shutters allow the viewer to see clear, high-definition 3D images. CrystalEyes were the first product completely tooled from IDE 3D CAD files rather than traditional drawings. The fact that CrystalEyes is still on the market proves the success of the design. 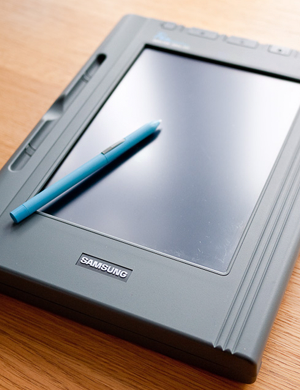 The GRiDPad was manufactured by Samsung for GRiD Systems Corporation. There was also a Samsung branded version, named the Pen Master. Featuring a 640x400 color capacitive stylus touchscreen, 256kB of RAM, and a 10MHz processor, the GRiDPad was a very impressive device for its time.
Photo courtesy of Retrocosm.net 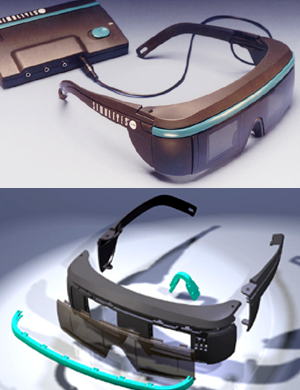 Designed for the gaming market, SimulEyes had to be low cost, reliable, and ruggedized. They came with a hub that allowed you to attach 4 sets of glasses for group gaming sessions. 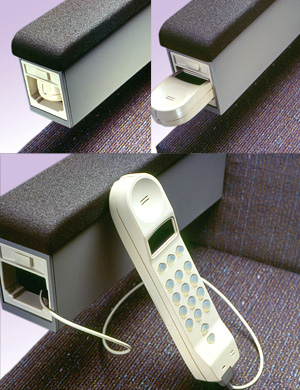 IDE designed the first phone that fit neatly into the airline seat's armrest. The same phone was also able to be installed into the backrest. It had several human centered features, such as a simple push button release for operation, integrated credit card swipe reader, and the perfect shape for optimal acoustics at the ear. 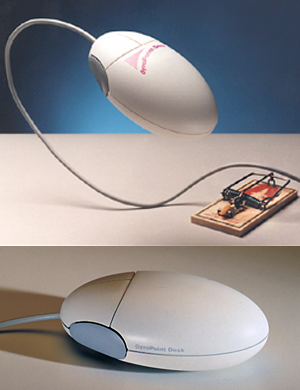 GyroPoint had a standard ball mechanism to function as a standard mouse. It also had a motorized gyroscope inside, so it could be lifted off the mousepad and used in the air like a laser pointer. Common uses included computer presentations, TV remote control, robotics, and factory automation. 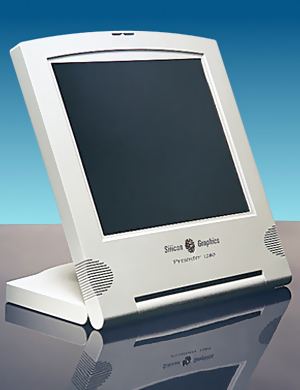 Highest resolution to date, active matrix, flat panel, 18 bit color monitor. The back could be easily removed, allowing the Presenter 1280 to be placed directly onto an overhead projector, casting the display onto your pull-down screen. 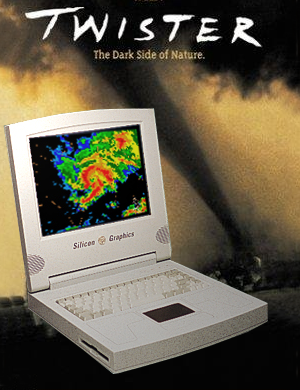 IDE developed and manufactured 28 custom laptops based on the Silicon Graphics Indy. These were used as movie props in the 1996 blockbuster hit Twister. The same prop laptops were also used in the 1997 hit, Dante's Peak. 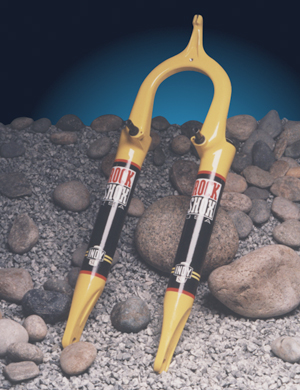 Prior to the INDY, the two shock tubes were cast independently, with a third piece bolted across the front to hold them together. By designing a single, slightly more complicated casting, IDE was able to reduce the cost of goods and improve the fork's performance. 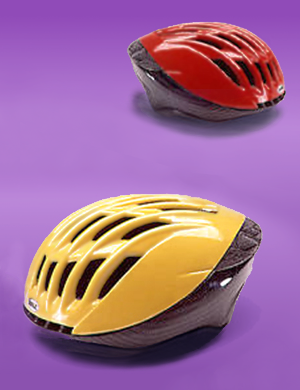 Although it was never offered to the public, the Intercooler Pro was Bell's top of the line helmet in 1998. It featured the most ventilation of any helmet to date, and was also revolutionary in the way it incorporated multi-density foam as part of the structural integrity. Industrial Design by former IDE designer, Tom Moeller. 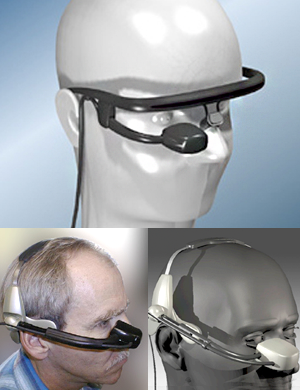 The world's most advanced miniature liquid-crystal-on-silicon head mounted SVGA display with 800 x 600 resolution. Gives the wearer a virtual 15 inch viewable display, so it was like having your computer desktop monitor right in front of you. 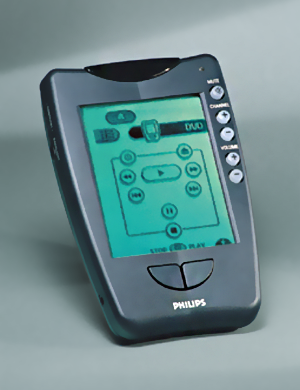 Pronto made use of its graphical LCD touchscreen to control any device, and control it well. Pronto's advanced capabilities, such as the ability for the user to create custom interfaces, helped exceed Philips sales projections in its first year. 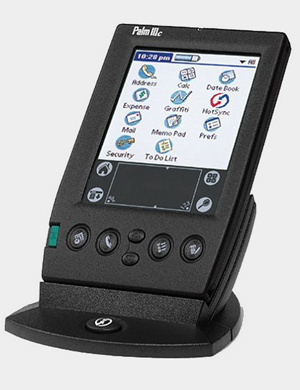 Palm's top of the line product in 1998, Palm III replaced the Palm Pilot with sales of around 7 million per year. Palm III used a dock to charge the permanently-installed battery, weighed less than 7 ounces, and had a whopping 8MB of memory built in. 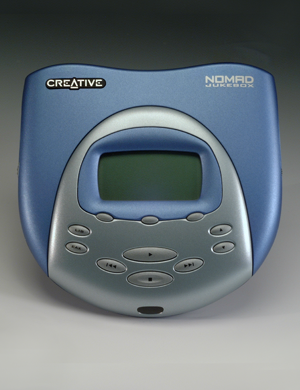 The design team at IDE created a soft, integrated form with beautiful sculptural surface transitions, yet obviously reminiscent of a portable CD player. The form, combined with the overall shape, helped prevent people from putting the Nomad Jukebox into their pockets possibly damaging the 6GB hard drive. Designed in 1999, Nomad Jukebox was at the forefront of the MP3 revolution and the world's best selling MP3 player until the iPod was released.

The EFS-1 made it possible to capture digital images using your existing 35mm SLR film camera, making your collection of expensive lenses and accessories no longer obsolete. By simply popping the e-film cartridge into your camera in place of the film, you instantly had a digital camera. EFS-1 was triggered by the sound of the shutter clicking. 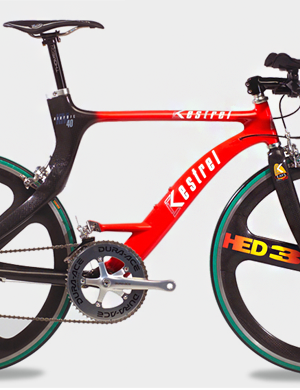 Winner of multiple design awards and many positive accolades from professional riders, the 3.4 pound KM40 continues to be one of the most memorable and fastest carbon fiber triathlon race bikes of all time. Its computer 3D modeled airfoil form helped make it one of the most rigid and aerodynamic race bikes to date. 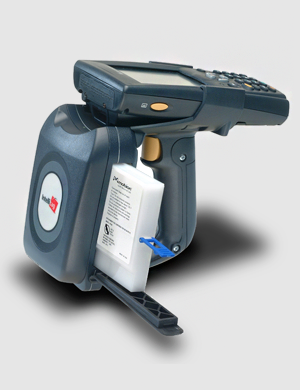 Fuel cells have greater power-to-volume ratio, last much longer, and can be quickly replenished by adding more fuel. Despite all their advantages, fuel cells had never been effectively miniaturized to make it possible to use them in a handheld commercial product before this product.

As part of this project, IDE also addressed the problem of potentially dangerous fuel refills by designing a disposable methanol fuel cartridge, with a simple peel-off foil seal. Refills no longer require any special tools or equipment.